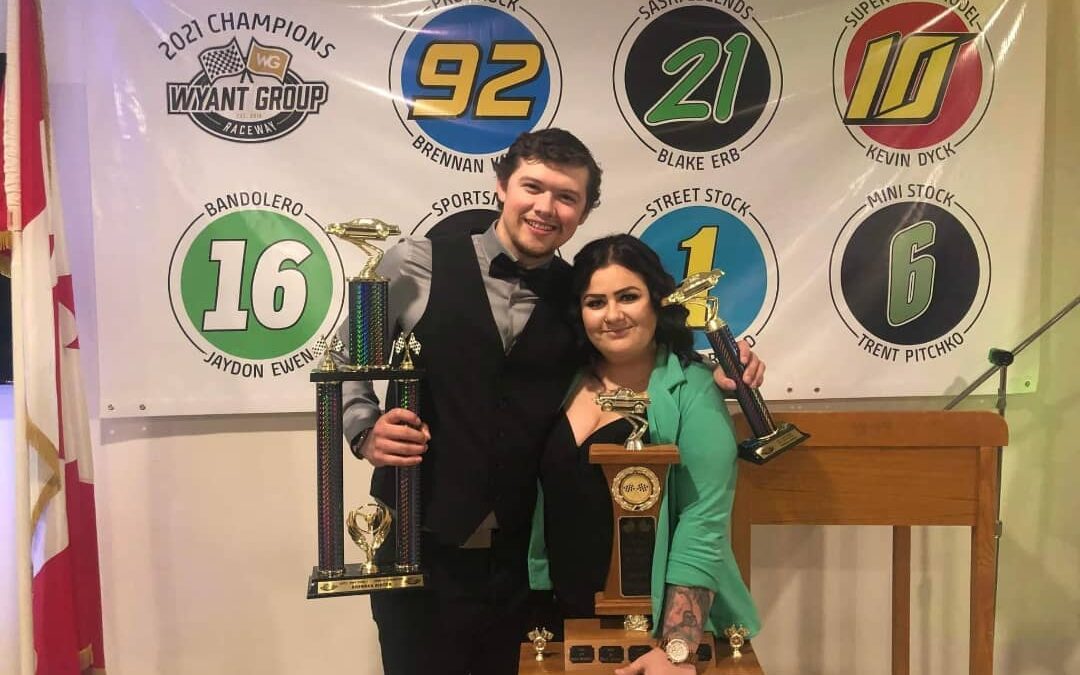 The Saskatoon Stock Car Racing Association hosted their 2021 Awards Banquet November 6th, 2021, at the Masonic Temple in Saskatoon. This event was sold out as racers, friends and family members were eager to celebrate after the 2020 season and celebrations were greatly impacted by the pandemic. The fundraising team did a fantastic job of organizing this event, including a silent auction that participants could bid on throughout the night. Our tasty meal was supplied by Country Style BBQ and the awards presentation followed. The top three points earners from each division were awarded trophies, as well as many other awards. Huge shoutout to all the sponsors of both the track and race teams as well as our many volunteers who made the season successful!

Most Feature Wins and Most Courteous Driver: Jaydon Ewen

Rookie of the Year: Grayson Jewell

Rookie of the Year & Most Improved Driver: Braxton Clewes

Rookie of the Year: Criss Jeffries

Rookie of the Year: Mitch Stewart

Rookie of the Year: Aaron Anderson

Rookie of the Year: Nicole Sheetka